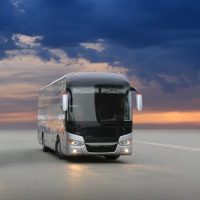 In most traffic accidents, the fault for the accident either belongs entirely to one of the drivers involved or is shared among two or more drivers.  Driving mistakes, including but not limited to speeding, distracted driving, and drunk driving, are not the only reason that vehicles can crash.  These are not the only reasons that collisions can happen.  Sometimes the main reason for an accident is that the area of the road is inherently unsafe, for example, if a traffic light malfunctions or visibility is poor.  If this happens, injured people can seek damages from the city or county that is in charge of that area of road.  In other cases, the cause of the accident is a defect with the vehicle, such as a malfunction of the brakes or steering system.  In these cases, the manufacturer of the vehicle or of the defective part is legally responsible for injuries related to accidents caused by the defect.  If you have been injured in an accident involving a defect in a vehicle, contact a Columbia car accident lawyer.

Bus Malfunction Was the Cause of the Accident

In March 2022, a bus was transporting 32 children and 12 adults from St. John’s United Methodist Church in Aiken.  News reports did not specify the destination where the bus was headed, but it was traveling on Highway 24 near 4th Tees Drive in Westminster at the time of the accident.  A malfunction with the bus caused the driver to lose control of the vehicle, and the bus overturned.  Only two people suffered injuries as a result of the accident, and neither of them was seriously injured enough to require hospitalization.

Who Is Responsible for Single Vehicle Crashes Caused by Vehicle Malfunctions?

When a bus driver loses control of a bus and it overturns on the road, the best-case scenario, where no one is seriously injured, is what happened to the church bus on Highway 24.  If anyone requires medical treatment as a result of the collision, however, who will be responsible for paying for it?  It depends who the bus belongs to.  If the bus belonged to the church, then the church would be responsible for the cost of treatment for accident-related injuries.  If it was a charter bus that the church hired for a trip, then the injured people could file claims with the charter bus company’s insurance carrier.  The injured people might also have grounds for a product liability lawsuit against the manufacturer of the bus or the defective part.

Remember that all states, including South Carolina, have lemon laws.  If your vehicle has a defect, you should have the manufacturer replace the defective part before it causes an accident.

The car accident lawyers at the Stanley Law Group can help you recover damages if you were injured in an accident that resulted from a manufacturer’s defect in a vehicle.  Contact The Stanley Law Group in Columbia, South Carolina or call (803)799-4700 for a free initial consultation.