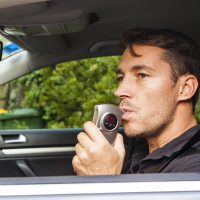 Alcohol-related car accidents are less common than they used to be, but they are still too many.  Before the 1980s, drunk driving accidents were very common, but state laws criminalizing driving under the influence of alcohol (DUI) helped to reduce drunk driving.  Another factor that has reduced the number of traffic fatalities is that all except the oldest cars have seatbelts and air bags, and most states have laws requiring drivers and passengers to wear seatbelts.  After decades of declining numbers, 2021 saw an increase in alcohol-related collisions and fatalities.  The National Transportation Safety Board (NTSB) has outlined a new proposal that would give cars the ability to prevent drunk driving, but thus far, the idea is only a recommendation.  If you have been injured in a car accident where alcohol was involved, contact a Columbia car accident lawyer.

An Ignition Interlock Device in Every Vehicle

Technology that detects a driver’s blood alcohol content (BAC) has existed for decades; police use it in roadside breathalyzer tests.  It is also the mechanism of ignition interlock devices, which judges in DUI cases order convicted defendants to install in their cars, so that the car will not start if the driver has been drinking.  Meanwhile, several companies are developing technologies that can tell whether you have been drinking even if you don’t blow into a breathalyzer tube.  One such technology uses the ambient air in the driver’s seat area as a breathalyzer device.  The other measures your BAC through the skin in your finger when you touch the steering wheel.

For the past decade, the NTSB has been trying to persuade the National Highway and Traffic Safety Administration to implement policies that would require car manufacturers to include one of these alcohol-measuring features in newly built vehicles.  It argues that, if cars simply refused to let people drive drunk, there would be far fewer traffic accidents involving injuries and fatalities, and cities and counties could save money by not having to put so much effort into enforcing drunk driving laws.

The NTSB’s recommendations still have a way to go before they become reality.  The NTSB does not have the authority to set regulations; it can only make recommendations to the NHTSA and to legislators.  Likewise, most cars do not have built-in alcohol-detection devices, although the infrastructure bill passed by the federal government this year sets a requirement that all cars sold in the United States, beginning in the 2026 model year, include this technology.  When these vehicles become available, criminal courts and personal injury lawyers may see many fewer cases related to drunk driving.

Drunk driving collisions are not a thing of the past just yet.  The personal injury lawyers at the Stanley Law Group can help you get enough money to compensate you for your medical bills and other accident-related losses stemming from an accident caused by a drunk driver.  Contact The Stanley Law Group in Columbia, South Carolina or call (803)799-4700 for a free initial consultation.

By The Stanley Law Group | Posted on December 15, 2022
« How Much Money Can A Personal Injury Lawyer Help You Get After A Car Accident?
What Are Damages In A Car Accident Lawsuit? »