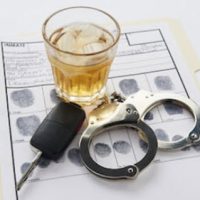 South Carolina has one of the highest rates of alcohol-related car accidents in the country.  Some blame the high number of drunk driving accidents on the state’s lax and rather arbitrary driving under the influence (DUI) laws.  There are plenty of technicalities by which a person accused of drunk driving can avoid a DUI conviction, and, according to critics of the current DUI policies, the penalties for DUI do little to deter drunk driving.  A bill proposed in the Senate would expand the use of ignition interlock devices in DUI cases, but the bill has yet to become law.  Meanwhile, it is easy for people suspected of drunk driving to refuse breathalyzers, blood tests, and field sobriety tests during traffic stops.  If you have been injured in an alcohol-related car accident, a South Carolina car accident lawyer can help you get the money you need even if the drunk driver who caused the accident was not charged with or convicted of DUI.

Just after midnight on June 24, two police officers in a police cruiser were traveling north on Kings Highway near 12th Avenue South.  A passenger van traveling south on Kings Highway attempted to turn left onto 12th Avenue South, but the driver failed to yield the right of way to the police car.  The passenger van struck the front of the police car, leading to extensive damage to the front of the struck vehicle, although neither of the officers were injured seriously enough to require hospitalization.

Police arrested the driver of the passenger van, Edward Grant King for DUI.  King, 23, was booked into jail at about 4:15 a.m. and remained there at midday on June 24.  News sources did not specify whether bail was set for him and whether he was released, nor did they say whether he took a breathalyzer test and, if he did, how high his blood alcohol content was.

The officers in the car that King hit appear not to have suffered serious injuries, but if they have any medical expenses resulting from the accident, workers’ compensation will probably pay those bills, because the accident took place while the officers were at work and as a natural consequence of them doing their job duties.  If your job involves driving, and you were seriously injured in a car accident while working, you should consult a personal injury lawyer to see whether a workers’ compensation claim or a personal injury lawsuit is your best option.  Whether or not the accident was related to work, remember that you can win a car accident lawsuit in civil court even if the driver did not face criminal charges.

Your Columbia car accident lawyer can help you find the best solution for recovering from your financial losses after an alcohol-related car accident, whether that means negotiating with the insurance companies or filing a lawsuit.  Contact The Stanley Law Group for help with your case.

By The Stanley Law Group | Posted on July 27, 2021
« What Is The Standard Of Care In Medical Malpractice Cases?
Snapchat Discontinues “Speed Filter” Linked To Several Fatal Crashes »