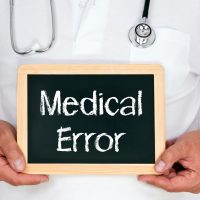 What Arguments Are There in Favor of the Status Quo?

Those in favor of preserving the status quo point out that the increase in medical malpractice lawsuits is tied to a genuine increase in errors by doctors, hospitals, and other healthcare providers.  They point out that liability insurance premiums are actually lower than they were in the previous decade except for some few types of doctors in certain specialty areas.  Additionally, they argue that there are many reasons for skyrocketing healthcare costs and that blaming it all on medical malpractice litigation is avoiding some of the true reasons for the healthcare crisis.

What Are Some Proposals for Reforming Medical Malpractice Laws?

There are several proposals for reforming medical malpractice laws on the table in various states.  Some of the major proposals are as follows:

How Will Reform Affect My Case?

You Need a Good Attorney

Many attorneys are available for medical malpractice cases.  But you want an attorney with experience at your side who can protect your rights and interests.  Medical malpractice cases are extremely fact-specific and can be very complex.  Don’t hesitate to contact a Columbia personal injury attorney at the Stanley Law Group.  Call 803-799-4700 and set up a consultation today.

By The Stanley Law Group | Posted on October 17, 2019
« Slip and Fall FAQ
Top 5 Mistakes People Make after a Slip and Fall Accident »