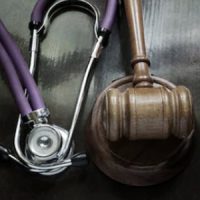 Over 1.2 million babies are delivered in the United States by cesarean section according to the Centers for Disease Control and Prevention. This accounts for one-third of all births in the United States, and while this procedure is commonplace in the delivery room, if performed negligently, injury, harm and death can still occur. If you, or your baby, were injured due to a doctor or hospitals’ negligence during a cesarean section, you may have the right to receive compensation for your unexpected medical bills and pain and suffering.

Cesarean sections are a way for women to have a baby when a normal vaginal delivery is either impossible or risky to the baby or mother. A cesarean section can be either planned or unplanned.  While common, this procedure is still considered major abdominal surgery and carries with it the same serious risks of injury as any other type of major surgery. In fact, statistics show that babies that are delivered through an unplanned cesarean section are four times more likely to die.  Additionally, research from the United States National Library of Medicine – National Institutes of Health indicates that a woman that delivers by cesarean section has triple the risk of dying during delivery than a woman delivering vaginally.

Doctors, hospitals, nurses and other medical practitioners have a duty and obligation to act in an appropriate manner according to established medical guidelines. If any person, during a cesarean section, operates outside of those guidelines, it will be considered medical malpractice. A strong medical malpractice case includes the following four criteria: duty, breach, causation, and damages.

Every patient has the right to medical care that is free from negligence, recklessness, or carelessness. Having a baby can be a scary experience, but having a cesarean section can increase a mother’s anxiety regarding the safety of both her and her child. If you or your baby suffered any kind of medical injuries during the process of a cesarean section, you are likely facing unexpected and substantial medical bills, as well as pain and suffering. While you may not want to file a lawsuit, doing so can provide you the compensation you deserve to pay these bills and ensure that the wrongdoer is punished for their negligence. Contact an experienced and compassionate Columbia personal injury attorney at The Stanley Law Group at 803-799-4700.  We can help with the complex legal matters involved in pursuing and proving a medical malpractice claim on you and your baby’s behalf.