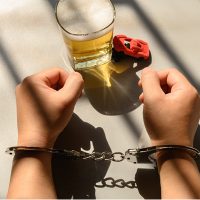 In most car accidents involving drunk driving, the fault belongs to the person who drove after consuming alcohol.  Occasionally, though, the bar or restaurant that served alcohol to the driver after they became too drunk to drive could also bear legal responsibility for the accident.  The laws that provide for this kind of liability are called dram shop liability laws.  Dram shop liability belongs to the doctrine of premises liability, which holds that businesses are legally responsible for damages caused by preventable accidents that occur on their premises.  A South Carolina nightclub is now facing a dram shop liability lawsuit after a Coastal Carolina University student caused a fatal accident after driving home drunk from the club.  To find out whether you have a claim against the bar where the drunk driver who caused your injuries got drunk, contact a Columbia car accident lawyer.

Myrtle Beach has a reputation as a party town, and Coastal Carolina University, located in the Myrtle Beach suburb of Conway, has a reputation as a party school.  American Tavern, which closed in April 2020, was a prime example of the kind of business that can only thrive in a hard partying college town.  It was known as a hangout for CCU students, and the bartenders were famously lenient about verifying whether the people drinking the beverages they mixed were of legal drinking age.

On one of American Tavern’s last busy nights, in January 2020, Riley Patton was among the tavern’s patrons.  He had recently graduated from CCU, where he had played on its football team, and after graduation, he was working as a graduate assistant to the team.  Patton’s night of drinking began before his 10:00 arrival at American Tavern, and by the time he left at about 12:30, he had consumed at least ten vodka drinks.  Several tavern employees saw him leave the tavern drunk and get into the driver’s seat of his truck.

After leaving the bar, Patton drove his truck into the median, striking and fatally injuring Timothy Shlukcum, who was standing in the median because he was attending to his sister’s car after it had run out of gas.  Shulkcum was 55 years old.  When police arrested Patton, then 23, at a nearby gas station, his blood alcohol content was more than twice the legal limit.  Patton pleaded guilty to involuntary manslaughter and is now serving a prison sentence.

Shulkcum’s family has filed a dram shop liability lawsuit against American Tavern, alleging that its employees knew that Patton was driving drunk.  They have also named Patton as a defendant, but this is due to a legal formality; the only party from which they are seeking damages is American Tavern.

By The Stanley Law Group | Posted on May 10, 2022
« Teen Dies After Fall From Amusement Park Ride
Two Killed And Three Injured In Orangeburg Collision »