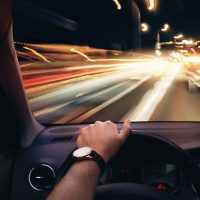 Many parents feel a sense of trepidation when their child walks out of the DMV with an unrestricted drivers’ license, especially if the teen has a history of risk-taking behavior.  The lack of driving experience of young drivers combined with the thrill-seeking tendencies of some teens creates a perfect storm for catastrophic traffic accidents.  Car insurance companies know this, and so do lawmakers.  In South Carolina and other states, the rules about traffic safety are even stricter for drivers below the age of 21 than they are for older drivers.  Some states, including nearby Georgia, have specific laws against street racing, a dangerous activity especially popular among young men; even spectators at street races are subject to penalties.  Young drivers do not, however, tend to have deep pockets to pay settlements to people injured as a consequence for their reckless driving.  If you have been injured in a car accident involving excessive speed, contact a Columbia car accident lawyer.

The Street Racing Crash and Its Legal Consequences

On February 20, 2021, Justin Rafael Valdez, 19, was driving at 95 miles per hour on Celanese Road in Rock Hill.  According to witnesses, he wove in and out of lanes of traffic, passing several cars before colliding head on with another vehicle.  The two occupants of that vehicle, Donald and Teresa Hewetson, died as a result of the collision.  Donald Hewetson was a chiropractor, and his wife Teresa helped him manage his chiropractic office in Rock Hill.

Valdez, who had graduated from high school less than a year before the crash, expressed remorse over his role in the accident that killed Donald and Teresa Hewetson.  He was charged with two counts of reckless homicide and faced a maximum sentence of 20 years in prison.  He pleaded not guilty, denying prosecutors’ allegations that he was street racing at the time of the collision.  A jury convicted him at trial.  The judge sentenced him to 20 years but ordered him to serve only six, suspending the other 14.  Upon his release from prison in 2027, Valdez must also serve three years of probation.

News sources did not say whether the surviving family members of Donald and Teresa Hewetson have taken legal action in civil court.  The families of victims of fatal car accidents have the right to file wrongful death lawsuits and seek economic and noneconomic damages for the untimely loss of their close relatives.  It is still possible to get a ruling in your favor in a wrongful death case in civil court, even if there were no criminal charges, or if the person who caused the accident was tried and acquitted.

A car accident lawyer can help you pick up the pieces of your life after losing a family member in an accident involving street racing or some other reckless behavior.  Contact The Stanley Law Group in Columbia, South Carolina or call (803)799-4700 for a free initial consultation.

By The Stanley Law Group | Posted on December 2, 2021
« Injectable Therapy Shows Promise For Tissue Repair After Severe Spinal Cord Injury
Are Cars Smart Enough To Save Drunk Drivers From Themselves? »