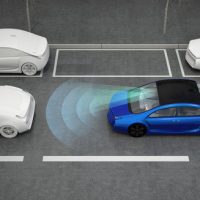 Driver assist technologies, where cars rely on sensors to alert drivers to nearby hazards, and autonomous vehicle technologies, where cars can even brake on their own, are becoming increasingly prevalent in passenger cars.  Cars that can use sensors or artificial intelligence to help drivers avoid collisions were once the stuff of science fiction, but these technologies have become increasingly reliable and affordable, so that now you can find them at any car dealership.  Autonomous driving features in commercially available vehicles have gone through years of testing to ensure their safety, and most of the time, they function as they should, alerting drivers in time to avert parking lot fender benders and single vehicle crashes involving drowsy drivers.  Although some scary accidents took place during the testing phases of technologies that became the likes of Tesla’s Autopilot, a fatal accident in 2019 represents a first; specifically, it is the first time a driver has received felony charges for causing a collision while relying on a commercially available autonomous driving technology.  If you have suffered serious injuries in an accident involving autonomous vehicle technology, contact a Columbia car accident lawyer.

On December 29, 2019, Kevin George Aziz Riad was at work driving a limousine in Los Angeles County for his father’s company.  The car he was driving was a Tesla Model S equipped with Autopilot technology.  The technology caused the car to run a red light and cross an intersection, colliding with a Honda Civic. Both of the occupants of the Civic, Gilberto Alcazar Lopez and Maria Guadalupe Nieves-Lopez, died of injuries they sustained in the accident.

Riad, 27, has been charged with two counts of vehicular homicide; it is the first criminal case in U.S. history where a driver has received felony charges for causing an accident by relying on a commercially available autonomous driving feature.  Riad has pleaded not guilty and is free on bail pending his trial.  Meanwhile, Nieves-Lopez’s mother Maria Luz Nieves has filed a wrongful death lawsuit in civil court, seeking damages for the untimely death of her daughter.  She has named Riad as a defendant and also his father’s limousine company, since the owners of vehicles are legally responsible for damage caused by their vehicles.  The victim’s mother may still recover damages in the civil lawsuit, even if Riad is acquitted or if the charges against him are dropped before his trial.  The standard of evidence required to award damages to a plaintiff in a civil lawsuit is lower than the standard of evidence required to convict a defendant in criminal court.

By The Stanley Law Group | Posted on February 23, 2022
« Are Harley Davidson Trikes More Likely To Cause Accidents Than Other Motorcycles?
South Carolina Court Awards $10 Million To Family Of Woman Whose Doctor Missed Opportunity To Diagnose Cancer »