Do Dram Shop Laws Apply When a Sober Driver Hits a Drunk Pedestrian? 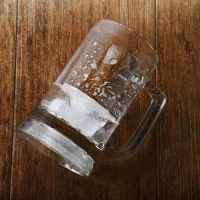 South Carolina’s dram shop liability laws make it possible to sue an establishment that serves alcohol for damages when a person who drank alcohol at that establishment gets injured in an accident or causes an accident that injures someone else.  For example, suppose that Alex gets drunk at Bill’s Bar and Grill and then drives drunk and crashes into Chuck’s car.  Both Alex and Chuck get injured.  They can both sue Bill’s Bar if it negligently continued serving alcohol to Alex when he was already visibly drunk, because this negligent action caused Alex’s injuries as well as Chuck’s.  In other words, there are other dram shop liability scenarios besides “plaintiff crashes car and gets injured after getting drunk at defendant bar” and “plaintiff injured by drunk driver sues bar because drunk driver spent this last of his money fighting his DUI charges.”  If you were injured in a car accident where alcohol was a factor, contact a South Carolina car accident lawyer.

Is It Dram Shop Liability If You Were Drunk but Someone Else Caused the Car Accident?

On November 15, 1980, Douglas Christiansen spent about two-and-a-half hours drinking beer at a Charleston bar called Rosie’s Hideaway.  The bartender continued to serve him alcohol even after he became visibly intoxicated, according to the court decision.  Christiansen left the bar on foot at about 5:45 in the evening.  When he attempted to walk across Rivers Avenue, he was hit by a car and suffered injuries.  James Campbell, the driver who struck Christiansen, was sober at the time of the accident.

Christiansen filed a personal injury lawsuit against Campbell; he also named Rosie’s Hideaway and its owner Rosaleen Forcier as defendants.  The court ruled in Christiansen’s favor and awarded him damages.  Forcier appealed the decision. She claimed that the direct cause of Christiansen’s accident was that Christiansen drank alcohol, not that Rosie’s served it to him.  She argued that serving alcohol to an “ordinary, able-bodied” adult does not constitute negligence.

The appeals court did not accept her argument.  It reasoned that a visibly intoxicated person does not count as an ordinary, able-bodied adult.  By this logic, it is the responsibility of the owner and employees to the bar not to serve alcohol to a person who is already too drunk to make a reasonable decision about whether to order more drinks.  This is the logic that the courts usually follow when determining dram shop liability.  The bar is not liable simply because someone bought alcohol there and then caused a drunk driving accident.  The negligence lies in the fact that the bar served alcohol to a patron who was so drunk that the bartender or server should reasonably have noticed that the patron was too drunk to drive or would be at risk if he left the bar in such a state of intoxication.  The Campbell v. Christiansen decision was issued in 1985, and later court decisions have been less willing to rule against drinking establishments when the only person injured was the drinker, so this case might have had a different outcome if a judge had ruled on it today.

Dram shop laws are not a free pass to collect money from bars, but a Columbia car accident lawyer can help you decide whether a dram shop lawsuit is appropriate in your case.  Contact The Stanley Law Group for more information.

By The Stanley Law Group | Posted on December 28, 2020
« South Carolina Man Undergoes Five Surgeries After Hit and Run Moped Accident
Lidar Made Austin Russell a Billionaire, but Can It Prevent Car Accidents? »