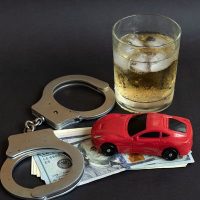 One of the first things you find out when you research personal injury and wrongful death lawsuits is that these cases go through the civil courts, which are completely separate from the criminal courts; whether the at-fault driver who injured you faced criminal charges or went to jail does not determine the outcome of your personal injury case.  In some instances, though, the criminal courts require convicted defendants to pay restitution to the victims of their crimes; in other words, the defendant must pay the victim compensation for the financial losses the victim suffered because of the defendant’s actions.  For example, the court might order the defendant to pay back the money the defendant stole from the victim.  South Carolina lawmakers are currently considering a bill that would require people convicted of DUI resulting in death to pay restitution to minor children of the victims.  That bill has yet to become law, so if you are struggling financially after losing a family member in an alcohol-related collision, contact a Columbia car accident lawyer.

If someone drives under the influence of alcohol and causes a fatal collision, that person can face criminal charges for DUI resulting in death; some states refer to this crime as DUI homicide or DUI vehicular manslaughter.  This spring, West Cox, a Republican legislator representing District 10, introduced HR5299, which would require some people convicted of DUI resulting in death to pay restitution to the victims’ families.  Specifically, if the victim had children under the age of 18, the convicted defendant would have to pay child support until the youngest child turns 18.  The rules for calculating the child support would presumably be similar to the child support guidelines used by the South Carolina family courts in divorce and child custody cases, and the procedures for collecting overdue child support would also be similar.

If the bill passes, it will be a relief to families like Kevin Avant and his three daughters, who live in Georgetown.  Ashley Avant, who was Kevin’s wife and the girls’ mother, died as a result of a car accident caused by a drunk driver.  Cecilia Williams of Missouri is raising her grandsons Bentley and Mason after their parents and younger brother were killed in an alcohol-related collision in April 2021; she has been urging lawmakers in several states to enact laws providing for restitution to children orphaned in DUI accidents.  Tennessee has recently enacted such a law, and South Carolina could be next.

The car accident lawyers at the Stanley Law Group can help you recover damages if you are raising children who lost a parent as a result of a traffic accident caused by a drunk or drugged driver.  Contact The Stanley Law Group in Columbia, South Carolina or call (803)799-4700 for a free initial consultation.