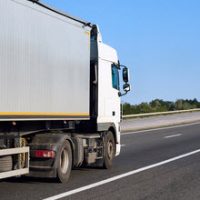 Every year, the Large Truck and Bus Crash Facts is a publication released by the Federal Motor Carrier Safety Administration.  The report for 2019 was released in late March.  In putting together the report, the Federal Motor Carrier Safety Administration researched accidents involving large trucks (defined as a truck weighing more than 10,000 pounds), buses (any vehicle designed to transport 9 or more people including the driver), and other vehicles such as tractor trailers, school buses, and various commercial vehicles.

Why Is It Important?

These statistics are researched in an attempt to find and identify trends.  The report analyzes statistics about the total number of accidents, the individuals involved, contributing factors, and other things to develop an idea of what is happening, how, and why.  Imagine being able to predict where, when, and how accidents will happen.  This information gives great insight into the causes and manifestations of truck accidents and how to prevent them.

What Are the Stats?

Without further ado, some of the most striking statistics are as follows:

Why Do I Care?

Crash data gives information about accidents to help us better identify trends and potentially prevent future accidents.  These statistics tell us some important things about ways to prevent truck accidents.  For instance, they tell us that speeding is an issue in the trucking industry.  Truck drivers are often on the clock and attempting to make the best time possible.  The statistics also tell us about distracted driving.  Distracted driving is of course dangerous for everyone, but is especially dangerous for truck drivers, who are controlling upwards of 10,000 pounds on the roadway.  Distracted driving includes any behavior that is not focusing on the road.  Finally, the statistics tell us something about driver fatigue.  The regulations promulgated by the Federal Motor Carrier Safety Administration attempt to correct for the driver fatigue problem, which can cause loss of attention, limited reaction times, and problems with depth perception.

Have You Been Injured in a Truck Accident?

If so, you may benefit from the help of a seasoned Columbia truck accident attorney.  Contact one today at The Stanley Law Group.  Call 803-799-4700 and set up a consultation today.

By The Stanley Law Group | Posted on May 2, 2019
« Frequently Asked Questions about Wrongful Death Claims
How Long Will It Take to Settle My Car Accident Claim? »