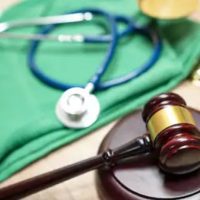 Safer vehicle design and laws against dangerous driving behaviors have contributed to the decline in traffic fatalities over the past few decades, but so have advances in medical treatment.  The prognosis has improved for many serious injuries, especially if patients receive prompt treatment.  Receiving immediate medical attention and a correct diagnosis can make all the difference, which is why it is so important to call 911 if you are involved in an accident with injuries and why first responders have the most seriously injured people airlifted to hospitals with well equipped trauma centers.  If medical personnel fail to recognize the severity of the patient’s injury, though, the outcomes get worse.  If your injuries resulting from a car accident got worse because doctors mishandled your case, contact a South Carolina medical malpractice lawyer.

Did Emergency Room Staff Breach the Standard of Care by Authorizing Police to Return Woman to Jail?

Late at night on August 1, Leah Dubs was involved in a head-on collision in Bluffton.  Police arrested her after the accident on charges of DUI and child endangerment, but took her to the emergency room at Beaufort Memorial Hospital before bringing her to the county jail.  The doctors in the emergency room determined that Dubs had suffered a head injury in the accident, but they cleared her to return to the jail.  The next morning, jail employees found Dubs on the floor of her holding cell, coughing up blood.  The jail staff had Dubs transported to Beaufort Memorial Hospital again, and the doctors decided to have her airlifted to the Medical University of South Carolina (MUSC).  Dubs died at MUSC on August 5.  She was 41 years old.

Is It Medical Malpractice If Someone Dies from Injuries Sustained in a Car Accident?

Results of an autopsy are still pending, as is an investigation into the accident.  If the results show that the cause of Dubs’ death was a head injury that resulted from the crash, then her family may have a case against Beaufort Memorial Hospital.  In a medical malpractice lawsuit, the plaintiff must prove that doctors or hospital employees breached the standard of care in decisions they made regarding a patient’s treatment.  Sometimes concussions and other brain injuries do not show symptoms until several hours after the traumatic injury.  A famous example is the actress Natasha Richardson, who died in 2009, several days after suffering a head injury in a skiing accident; she originally told the ski resort employees that she was not seriously injured, but she sought treatment that evening, after she developed a headache.  In Dubs’ case, the police made the right decision to bring Dubs to the emergency room.  Dubs’ family could argue that the ER doctors, upon hearing about the car accident, should have known that Dubs was at high risk for serious complications and admitted her to the hospital for further observation.

A Columbia personal injury lawyer can help you recover damages if emergency room doctors sent you home before you were out of danger.  Contact The Stanley Law Group for help today.

By The Stanley Law Group | Posted on October 12, 2021
« Teen Suffers Stroke And Seizure After Living In Moldy, Overheated House
Who Is Legally Responsible For Alligator Attacks In South Carolina? »