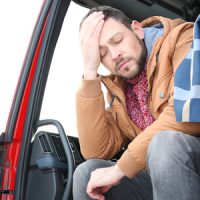 Any truck driver in the United States that operates a Commercial Motor Vehicle (CMV) is subject to the rules established by the  Federal Motor Carrier Safety Administration (FMCSA). However, truck drivers are pushed to drive quickly, take fewer breaks, and get their shipments as fast as possible to the intended destination. The longer it takes a truck driver to deliver their shipment, the more money it costs the trucking companies. While laws have been established to govern rest breaks and times a truck driver must sleep, the truth is that statistics show that many truck drivers suffer severe fatigue, which places everyone on the roadways in jeopardy.

The laws and regulations enacted by the FMCSA were established to ensure the safety and health of truck drivers. Knowing that without these legally required rest breaks many trucking companies would push their truck drivers, the FMCSA established serious guidelines to ensure that truck drivers received adequate rest and sleep. However, even with these regulations, statistics show that drowsy or tired truck drivers caused 78,000 injuries and 1,200 deaths yearly on the American roadways. Truck driver fatigue accounts for almost half of all accidents involving trucks, even though strict rules are in place to prevent exactly this type of issue.

Hours of Service Regulations state that all truck drivers may only drive their trucks for very specific periods of time and then they must take a break by law. Some of the guidelines are as follows:

Not only are truck drivers disobeying these laws and regulations, even more shockingly, in one-fifth of all crashes, a truck driver has actually admitted to falling asleep at the wheel. Truck drivers have challenges that include long work schedules, driving night shifts, and unrestful sleep all of which can cause truck driver fatigue.

Losing sleep is serious and can cause accidents resulting in permanent injury and death. The National Sleep Foundation states that after 24 hours of sleep deprivation, a truck driver will present with the impairment as someone who is driving under the influence of alcohol with a has a blood alcohol concentration level of 0.10%, substantially over the legal limit. Driving with fatigue causes similar symptoms as driving under the influence of drugs and alcohol including having impaired coordination, impaired judgment, decreased vision, and slower reaction times.

If you were injured in a car accident with a truck driver, due to truck driver fatigue, you are likely suffering severe or catastrophic injuries. You have the right to compensation for your medical bills, lost wages, and perhaps even pain and suffering from either the truck driver or the trucking company. Contact an experienced Columbia truck accident attorney at The Stanley Law Group at 803-799-4700 and set up a consultation today to discuss your case.

By The Stanley Law Group | Posted on January 23, 2020
« When You Need a Personal Injury Lawyer
Personal Injuries Due to Car Manufacturing Defects »